The primary aim of the CRADLE project was to develop a device capable of accurately detecting abnormalities in vital signs - including blood pressure (BP) and heart rate (HR) - that was also suitable for introduction into LMICs. We then extended this aim to prospectively evaluate the device’s ability to reduce maternal mortality and morbidity by increasing timely referral and initiation of interventions.

The CRADLE Vital Signs Alert, an accurate device for sustainable impact on maternal mortality worldwide: from concept to implementation.

A recent World Health Organization report states that approximately 800 women die in pregnancy or childbirth every day and 99% of these occur in low and middle-income countries (LMICs).1 Obstetric hemorrhage, sepsis and pregnancy associated hypertension are the most common causes. Simple and cost-effective interventions are available but delays in recognising maternal compromise and initiating management result in poor maternal outcomes. In each of these conditions, accurate measurement of vital signs is key to early recognition and timely intervention.

The primary aim of the CRADLE project was to develop a device capable of accurately detecting abnormalities in vital signs - including blood pressure (BP) and heart rate (HR) - that was also suitable for introduction into LMICs. We then extended this aim to prospectively evaluate the device’s ability to reduce maternal mortality and morbidity by increasing timely referral and initiation of interventions.

Only a small minority of BP devices commercially available measure BP within acceptable limits for clinical use. Even fewer are capable of accurate measurement in pre-eclampsia. The initial challenge, therefore, was creating a device that was both easy to use and accurate. Professor Andrew Shennan of King’s College London together with Microlife, the manufacturers, and utilising funding support of the Bill and Melinda Gates Foundation (BMGF), worked to meet this target. 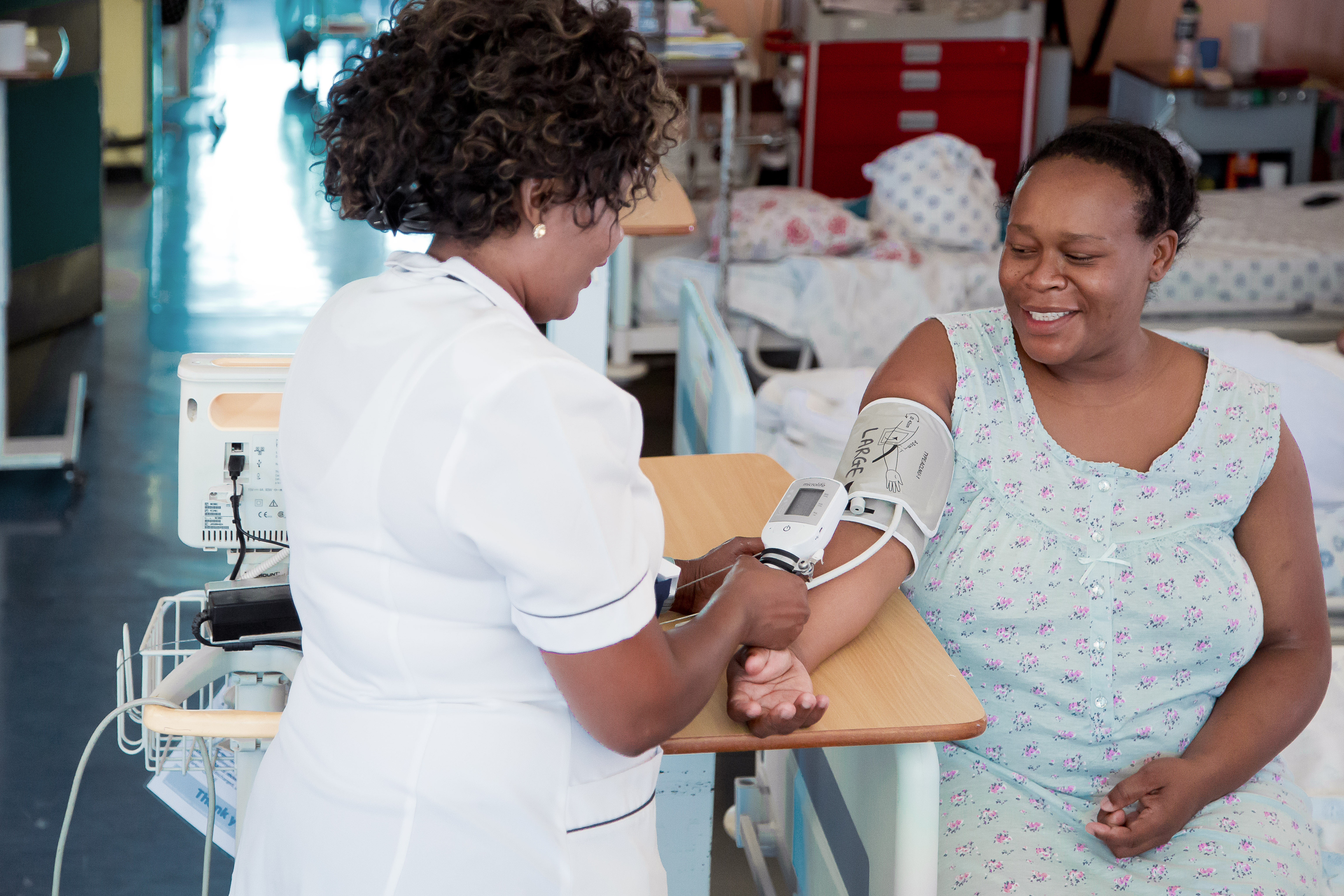 Validation of a blood pressure device is a time consuming process involving multiple trained observers, taking repeated BP measurements in hundreds of participants. Multiple hard- and software changes and repeated assessments were undertaken over six years to produce an algorithm accurate in non-pregnant adults.[1] With further modifications we ensured accuracy in pregnancy including pre-eclampsia [2] and uniquely, in low BP in pregnancy.[3] The device also fulfilled the World Health Organisation criteria for use in low-resource settings. It is low-cost at USD 26, when purchased for use by non-profit organisations.

Rigorous testing confirms it’s robust design, function is maintained after drop tests of over 20m and environmental tests at extremes of temperature and humidity. A mechanical pressure transducer was introduced, which despite its old-fashioned design in comparison to the more sophisticated pressure transducers, is both cheaper and more robust. Calibration is maintained within 1 mmHg even after 20,000 inflations to greater than 300 mmHg.

Field studies in Tanzania, Zambia and Zimbabwe identified that the device was acceptable for routine use and that after it’s introduction more pregnant women were referred from community to facility care. The replaceable batteries included the original model were prone to loss and theft. We considered a number of alternatives such as solar power. A micro-USB charger with a sealed lithium battery proved to be the best option given the wide availability of mobile phone use, even in low-resource settings.  A slow charge over 3 hours ensures that the battery lasts for over 200 inflations between charges. 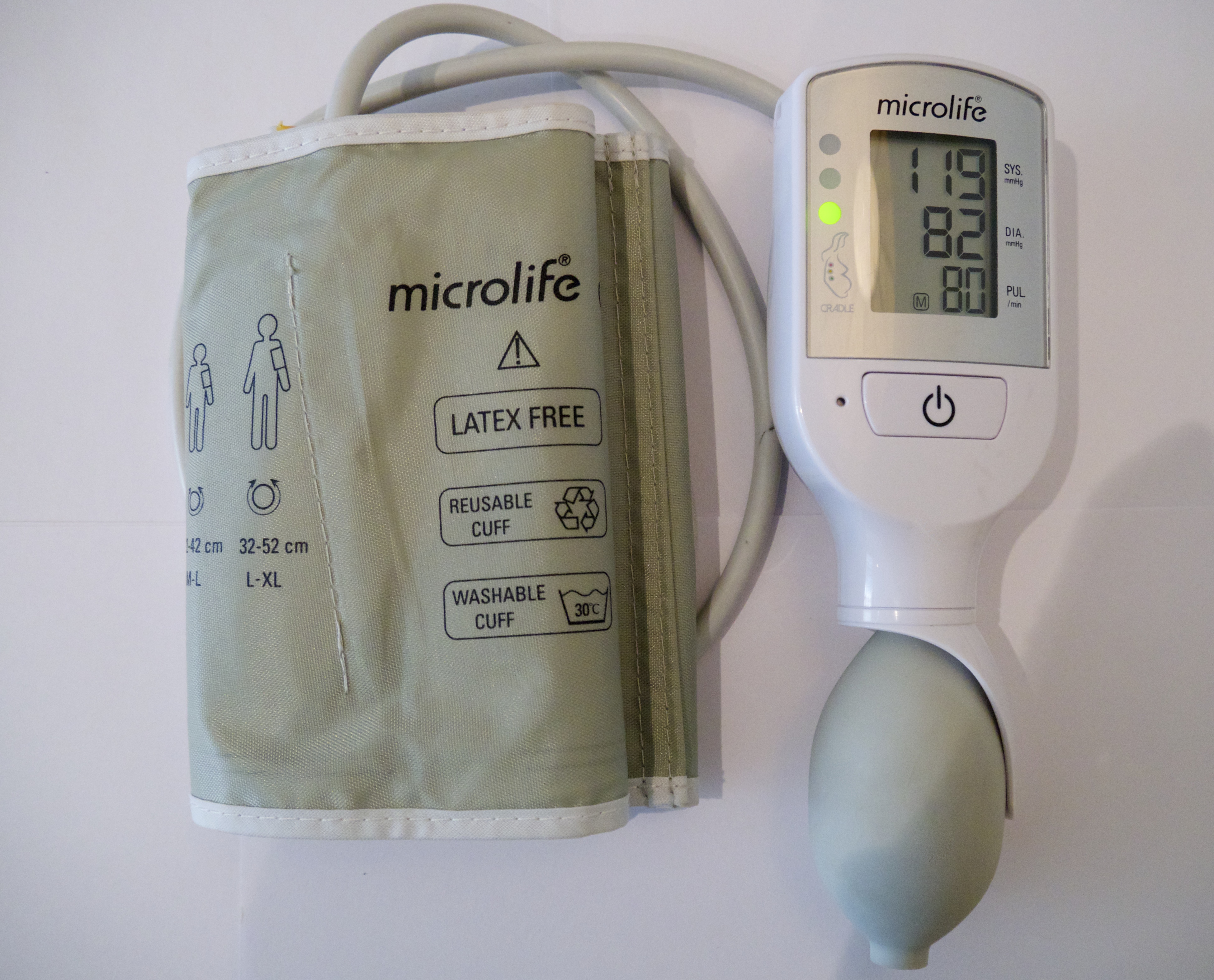 The device is designed for use by all levels of healthcare workers. A traffic light early warning system was incorporated following a further competitive grant of USD 1 million from BMGF. This provides a visual alert to the need for action. This has proved to be invaluable for those who do not recognise abnormalities in the vital sign values. As hypotensive disorders such as obstetric haemorrhage and sepsis are significant contributors to maternal mortality and morbidity, in collaboration with the Safe Motherhood Programme, University of California San Francisco, we evaluated datasets of women with obstetric haemorrhage from the UK, Egypt, Nigeria, Zimbabwe and Zambia. Shock Index (ratio of HR to systolic BP) proved to be the most reliable predictor of serious maternal adverse outcome. We therefore incorporated this into the traffic light algorithm, together with established hypertensive thresholds. We named the device the CRADLE Vital Signs Alert (VSA). Traditional birth attendants are being taught to use them in Haiti, and community health volunteers without clinical training have successfully adopted their use in India.

A prospective validation of the device at three high-intensity centres in South Africa was completed in early 2016. In collaboration with the PRE-EMPT group at the University of British Columbia, we have also evaluated the device in a community setting as a pre-eclampsia triage device in Nigeria, Mozambique, India and Pakistan with excellent feedback. However, we are yet to know whether widespread implementation will have a worthwhile impact on maternal mortality and serious morbidity. We have recently successfully been awarded a GBP 1.1 million Medical Research Council grant to evaluate the device at all healthcare levels in a stepped-wedge randomised control trial in ten low-income settings including Uganda, Sierra Leone, Ethiopia and Haiti, commencing November 2015. Further information regarding these trials is available at www.cradletrial.com. 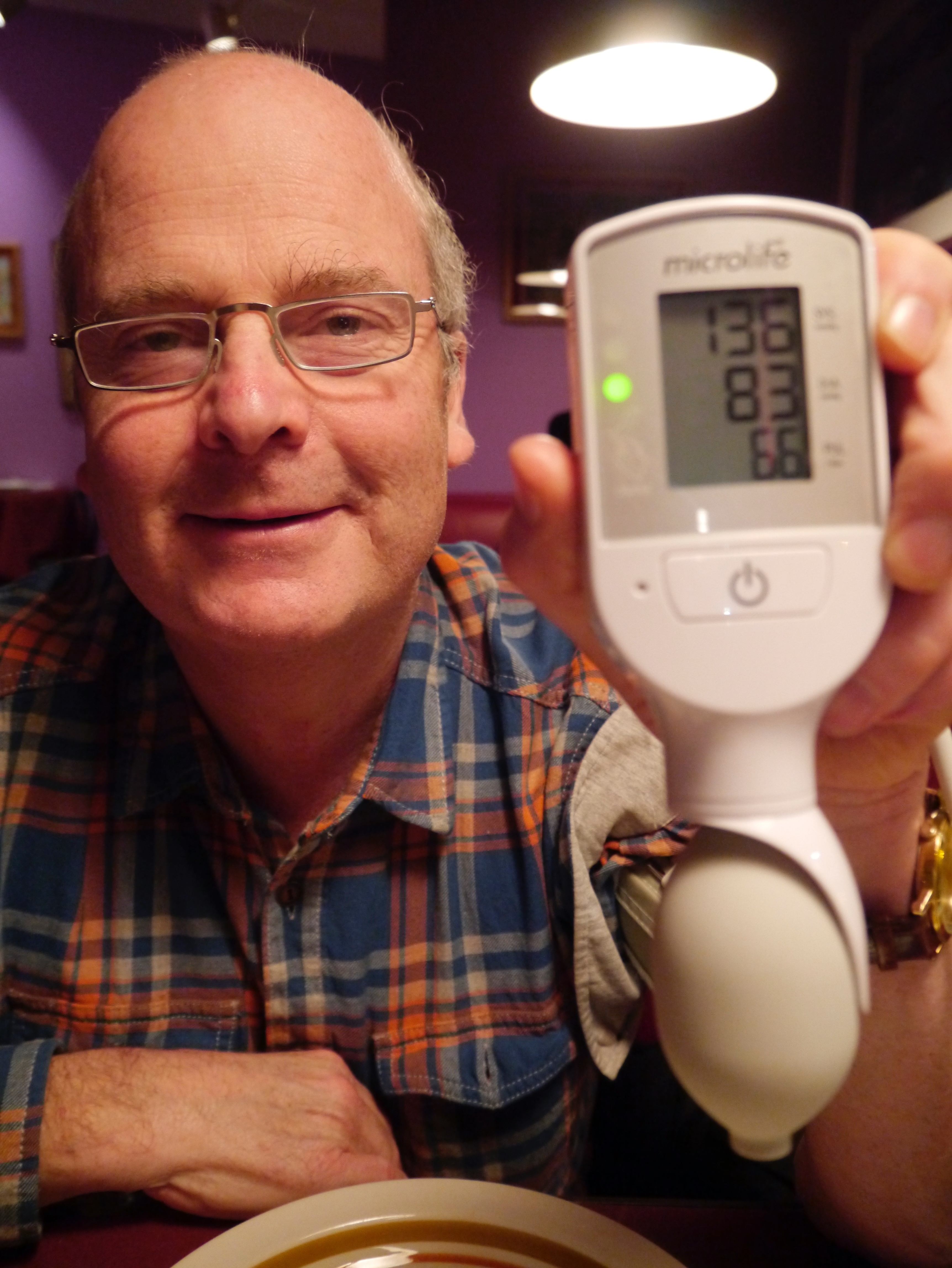 The CRADLE VSA is the cheapest and most accurate blood pressure device available for use in pregnancy, and is equally accurate in any adult population. It has been recognised as one of the top thirty high impact innovations in global health in a PATH-led award to help accelerate progress towards the United Nations Sustainable Development Goals (2015). It has also been incorporated into the national archives in the Science Museum in London. Further interest in other fields has begun, as mobile accurate vital sign assessment is required in many areas, ranging from cardiovascular disease assessment to emergency triage in conflict zones, or in in aeronautical industry.

It is available to purchase for USD 26 for use in LMICs from global distributors, Maternova. If you would like to know more about its development or use in other settings, please email us at andrew.shennan@kcl.ac.uk