Join us in congratulating our September 2017 ISH New Investigator of the month, Kento Kitada, Ph.D., from the Department of Pharmacology, Faculty of Medicine, Kagawa University, Japan. 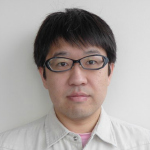 Dr. Kento Kitada's interest in hypertension was sparked after being diagnosed with it at the age of 26. Both his parents are also hypertensive. Kento works with Dr. Akira Nishiyama at Kagawa University, Japan, and Dr. Jens Titze at Vanderbilt University, USA. Their international collaborative team is researching a novel concept regarding salt and water balance in the body, and aims to explain why dietary salt is a risk factor for obesity and diabetes as well as hypertension.

Kento will shortly be taking up a new position at Duke-NUS Medical School and IMB/A*STAR in Singapore.