Congratulations to the ISH 2016 Award Winners!

The Society was delighted to announce the winners of the ISH 2016 biennial awards during a ceremony in Seoul on 28th September. Winners were presented as follows. 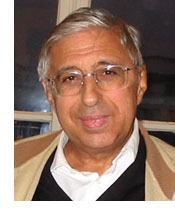 This award and lectureship was endowed by Farbwerke Hoechst in 1972 to commemorate the centenary of the birth of Franz Volhard. The award shall be made at Hypertension Sydney 2012 to a person or persons who, in the opinion of the ISH Awards Committee of the ISH, shall have initiated in the field of hypertension or in a related discipline, a concept which remains of current interest.

Professor Safar was awarded for his huge contributions to our understanding of large artery mechanics and cardiovascular risk resulting from vascular stiffness. Professor Safar has had an extraordinarily distinguished career in the field of hypertension and was among the first to study large artery stiffness and the effect on systolic blood pressure and how systolic blood pressure is the most important blood pressure and hemodynamic parameter leading to increased cardiovascular risk particularly in people with hypertension older than age 60.

Many other investigators have since his studies in the ‘80s confirmed the critical findings of Professor Safar. He opened a field of investigation, and produced major work since that has made him one of the leaders in the field. He is recognized broadly in the hypertension community for his trail blazing research, and it is time for the ISH to provide Professor Safar the recognition that he deserves. 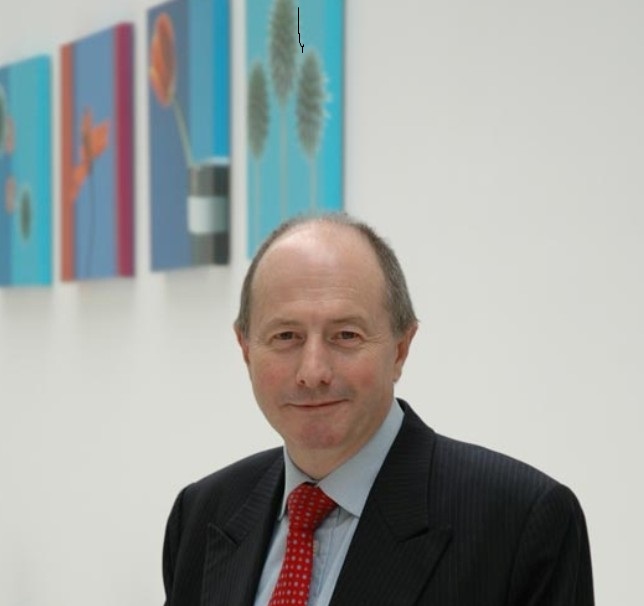 Professor Heagerty has inspired many other investigators with his work. At the same time he has dedicated a lot of his time to the activities of national and international organizations, the British Hypertension Society, the European Society of Hypertension and particularly the ISH (President 2008-2010). 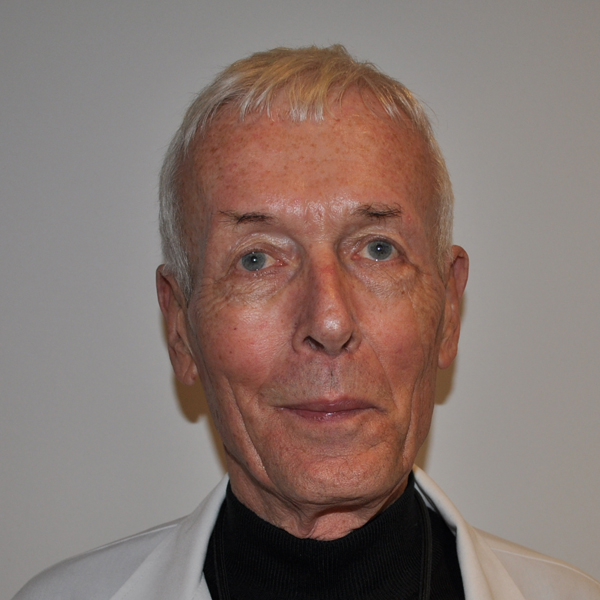 The award was endowed by Astra Pharmaceuticals AB in 1979. It is presented on the recommendation of the Awards Committee of the ISH to a distinguished investigator responsible for outstanding work related to clinical pharmacology and therapy of arterial hypertension. AstraZeneca has provided a sponsorship grant towards this independent Programme

Franz H. Messerli, MD, is Professor of Medicine at Mount Sinai Health Medical Center, Icahn School of Medicine in the Division of Cardiology and Visiting Professor in the Department of Cardiology, Bern University Hospital Bern, Switzerland. He is a distinguished investigator responsible for outstanding work related to clinical Pharmacology and therapy of arterial hypertension. Ever since he worked in the Clinical Research Institute of Jacques Genest in Montreal in the mid 70s. Dr. Messerli has carved himself a long track record of significant contributions and developments in hypertension and is therapy. 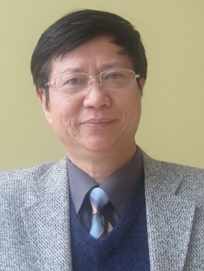 This award is for a researcher or researchers in the developing world* who has done outstanding work in the region.
(*based on the resource poor countries, zones and territories defined by HINARI)

Professor Van Minh is the current President of the Vietnamese Society of Hypertension and has been the organiser of two very successful vietnamese national society meetings. The 2nd event took place in May 2016 at the time of World Hypertension Day. 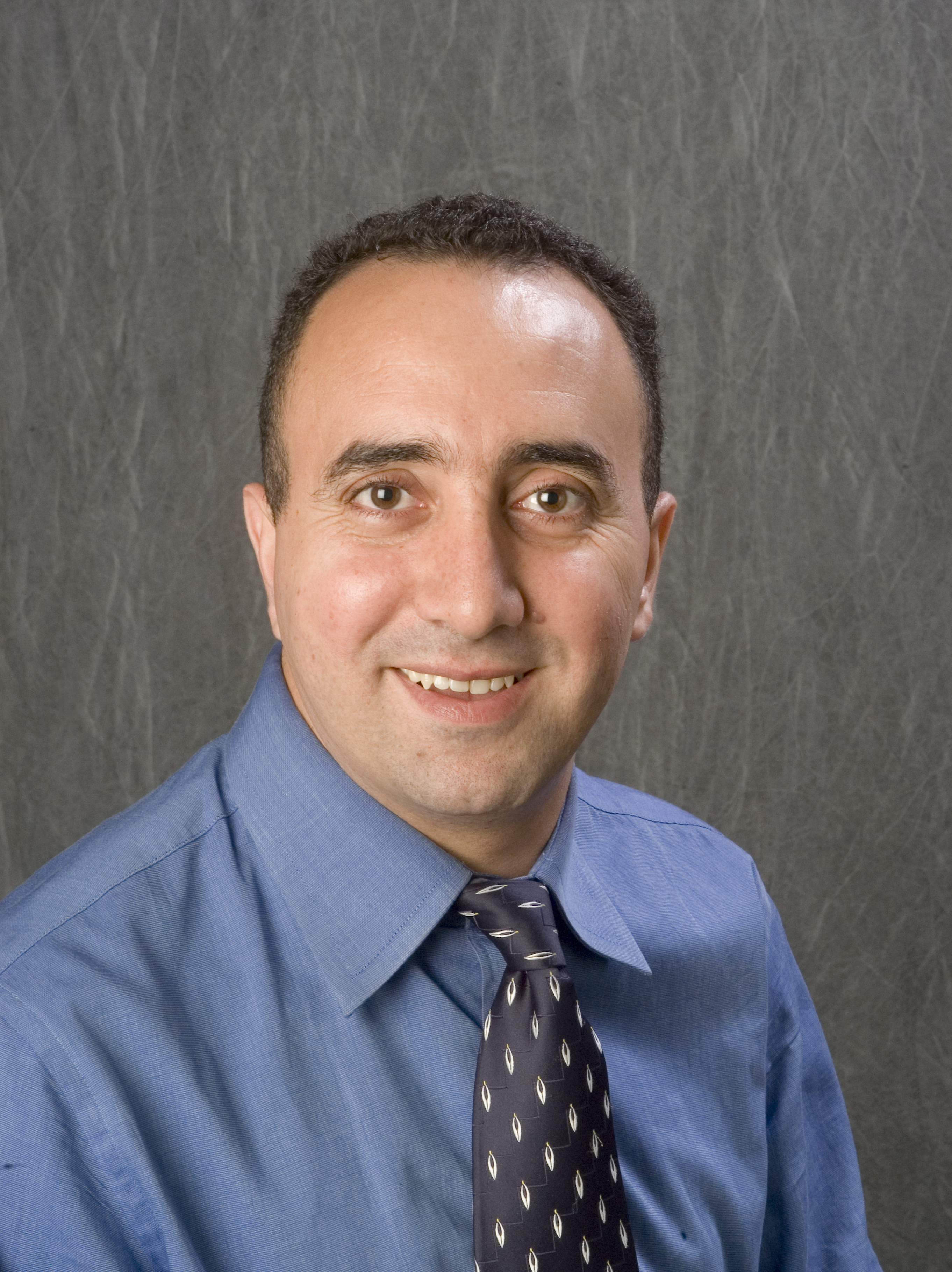 This award was endowed by the High Blood Pressure Research Foundation in 2013 to honour the late Paul Kroner, an internationally renowned expert in the field of hypertension with a special interest in the neuroscience of blood pressure.  The award is presented to a person who has demonstrated outstanding contributions to research on hypertension in the broad field of neuroscience.

Dr. Rahmouni has an impressive track record of achievement and excellence in the area of neural and autonomic control of blood pressure. He is widely recognized for his work combining molecular tools with electrophysiology to monitor brain control of peripheral efferent sympathetic nervous system output in health and disease. 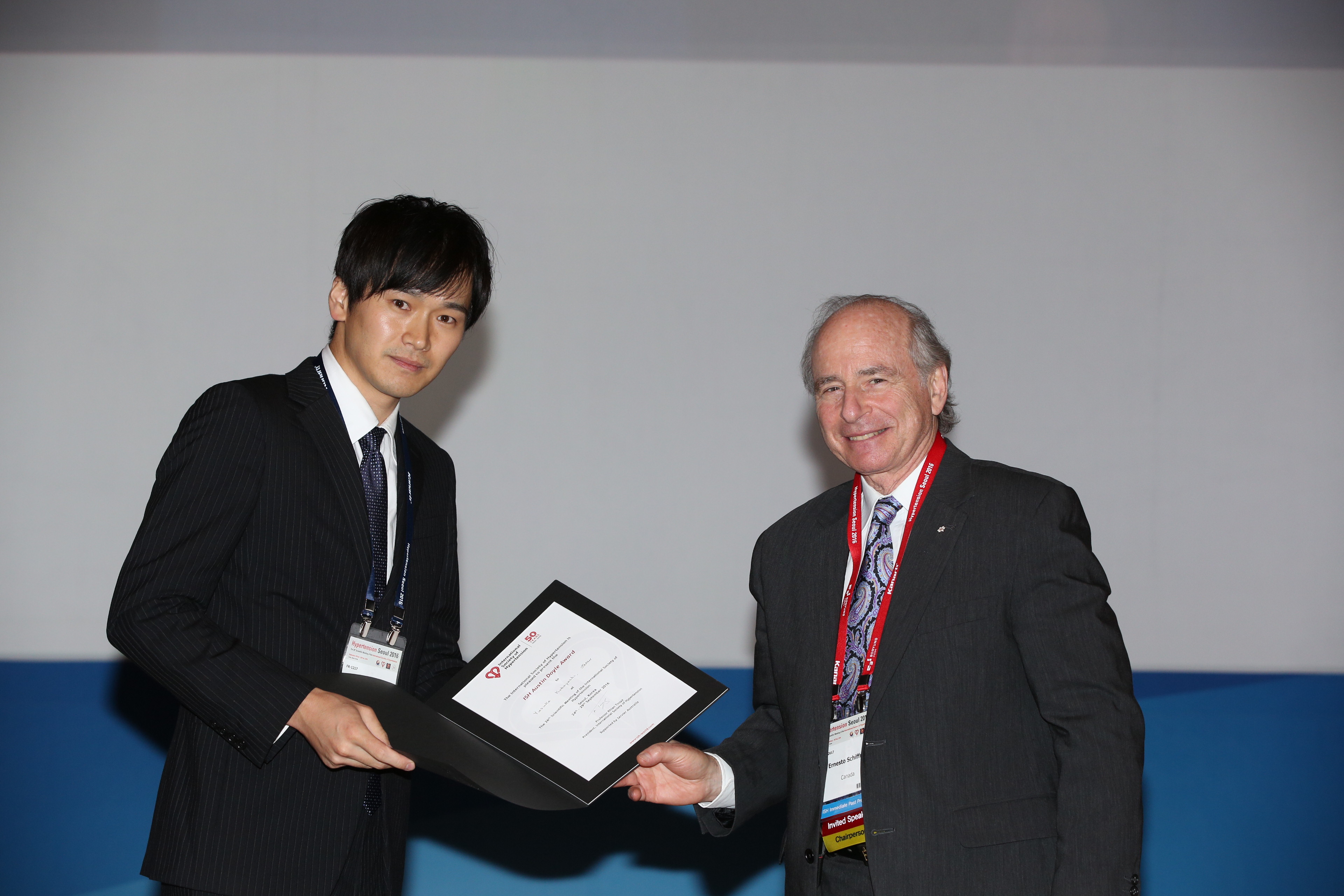 This award was endowed by Servier Australia to mark the contribution of Austin Doyle, Past‑President of the ISH and Founding Chairman of the High Blood Pressure Research Council of Australia. It is awarded to a graduate, who is within 5 years of post-graduate qualification.

Dr Kobayashi presented an abstract at the ISH Seoul meeting entitled: Intima-media thickness of the carotid bulb is associated with worsening of orthostatic hypotension in patients with metabolic disorder

Members who have given outstanding service to the ISH and have made unusually distinguished contributions to experimental and clinical research in hypertension may be nominated to be distinguished Members of the Society.

Shown left below with Rhian Touyz 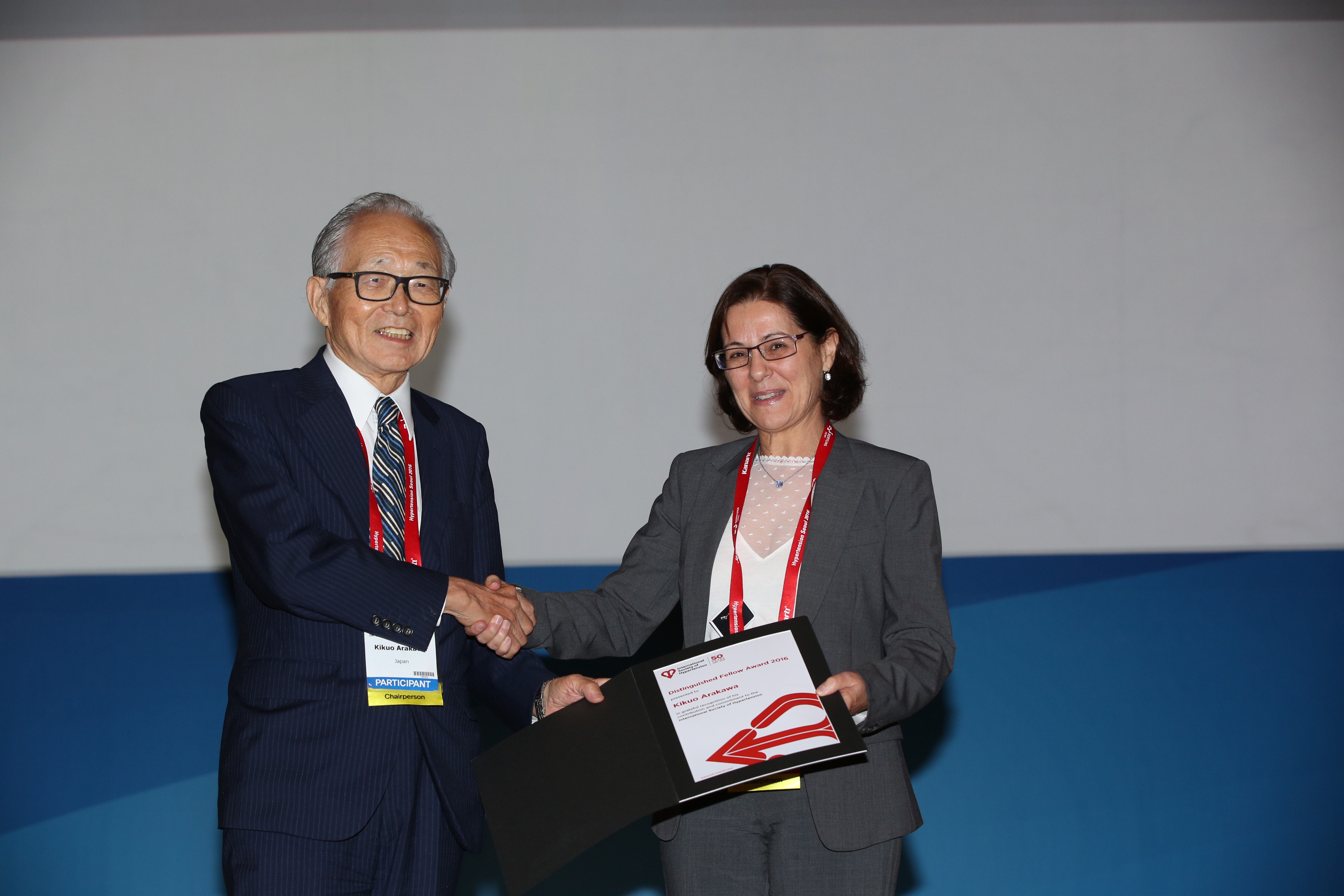 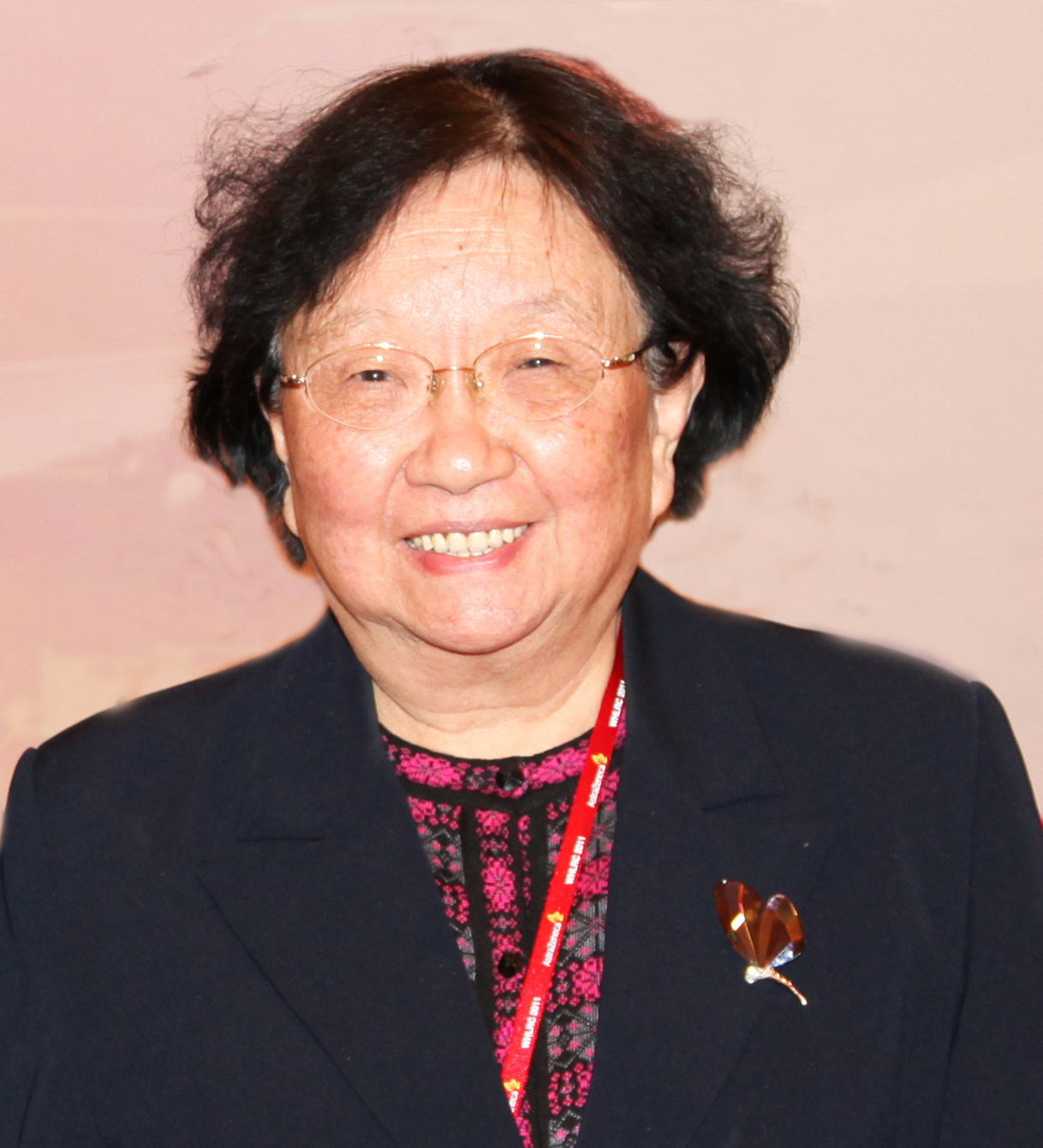 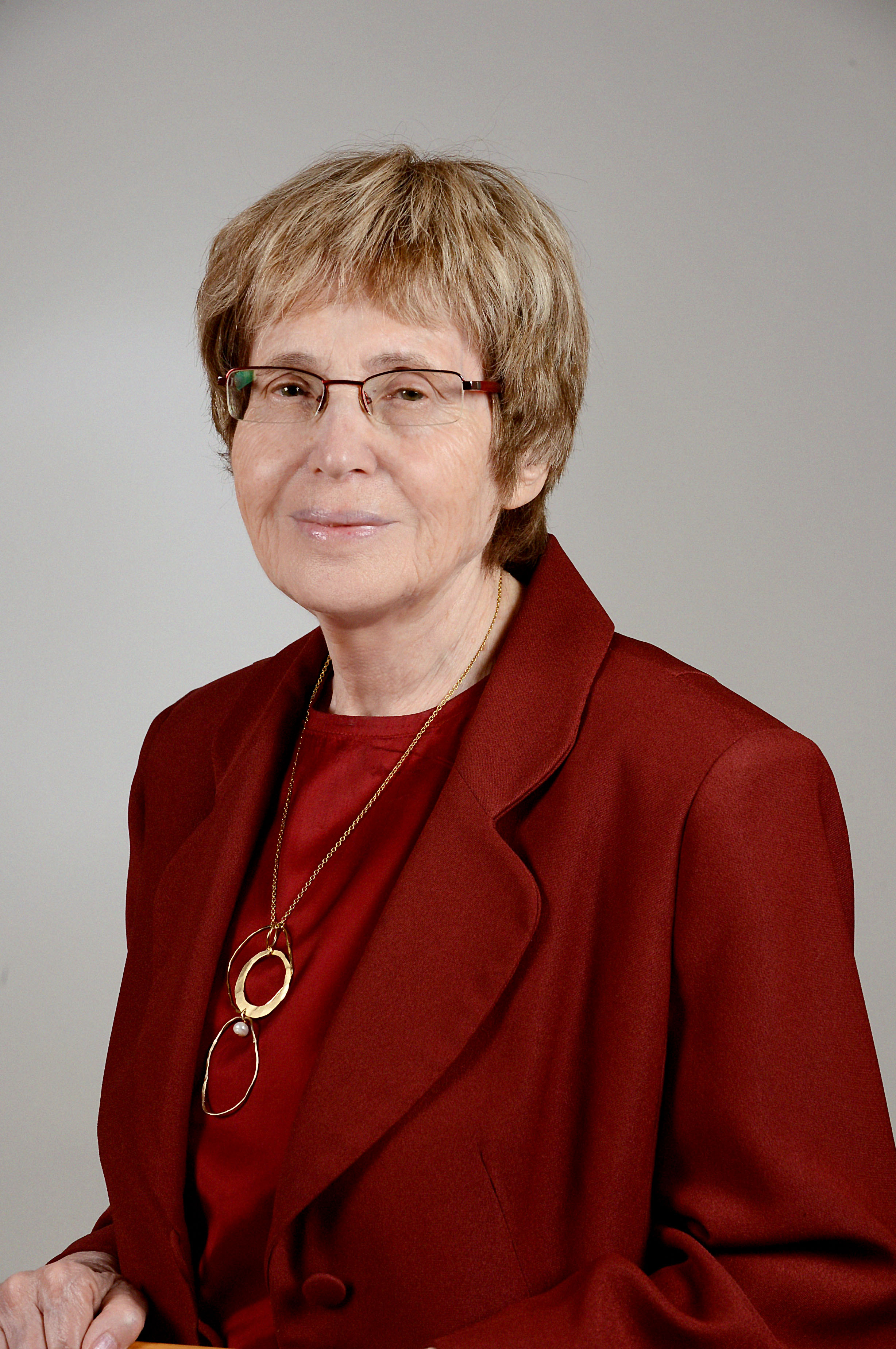 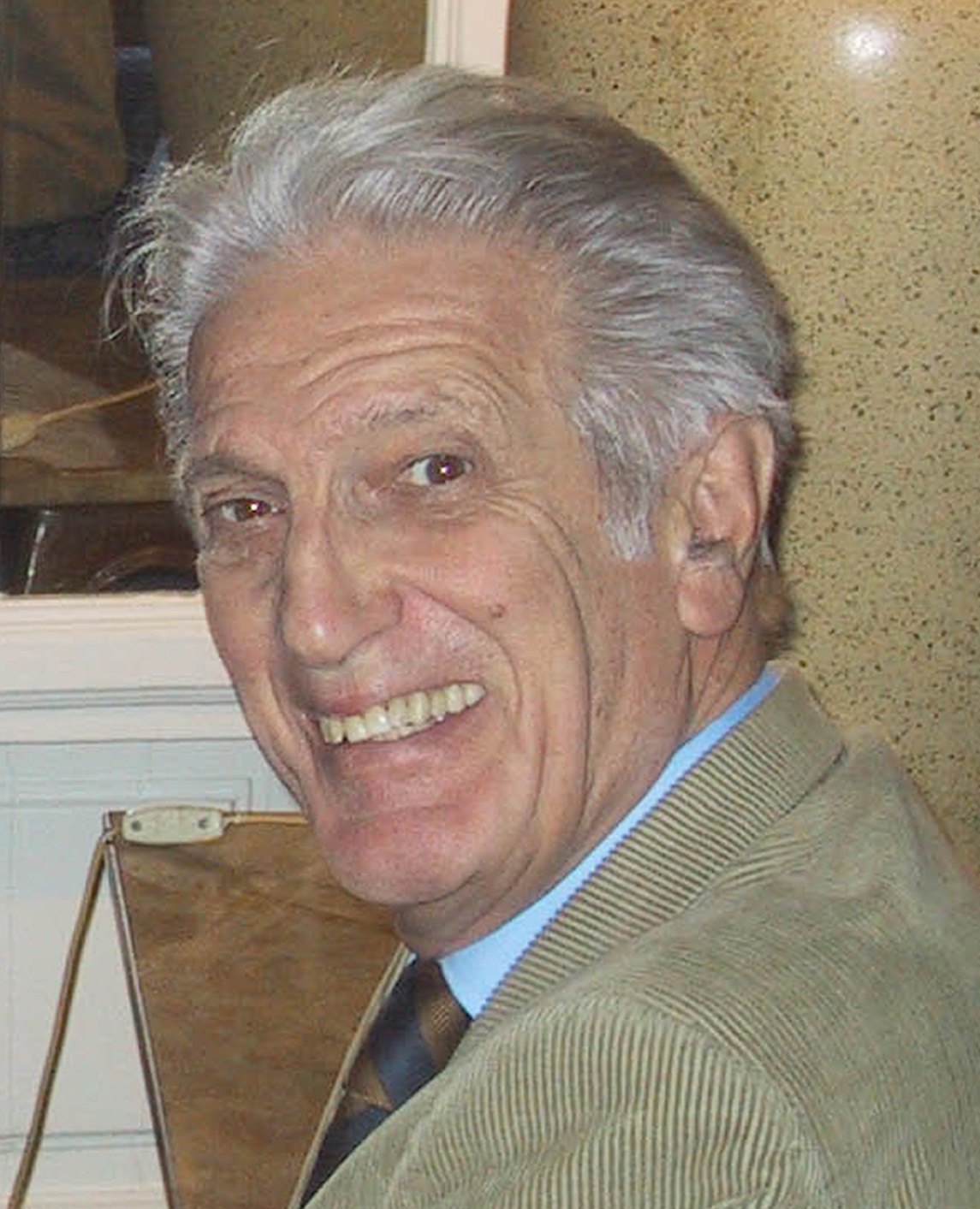 Individuals who have not been Regular Members of the Society but have made extraordinary contributions to the Society, in providing long and continuous support of research or of the other activities of the Society, may be nominated to be Honorary Members. 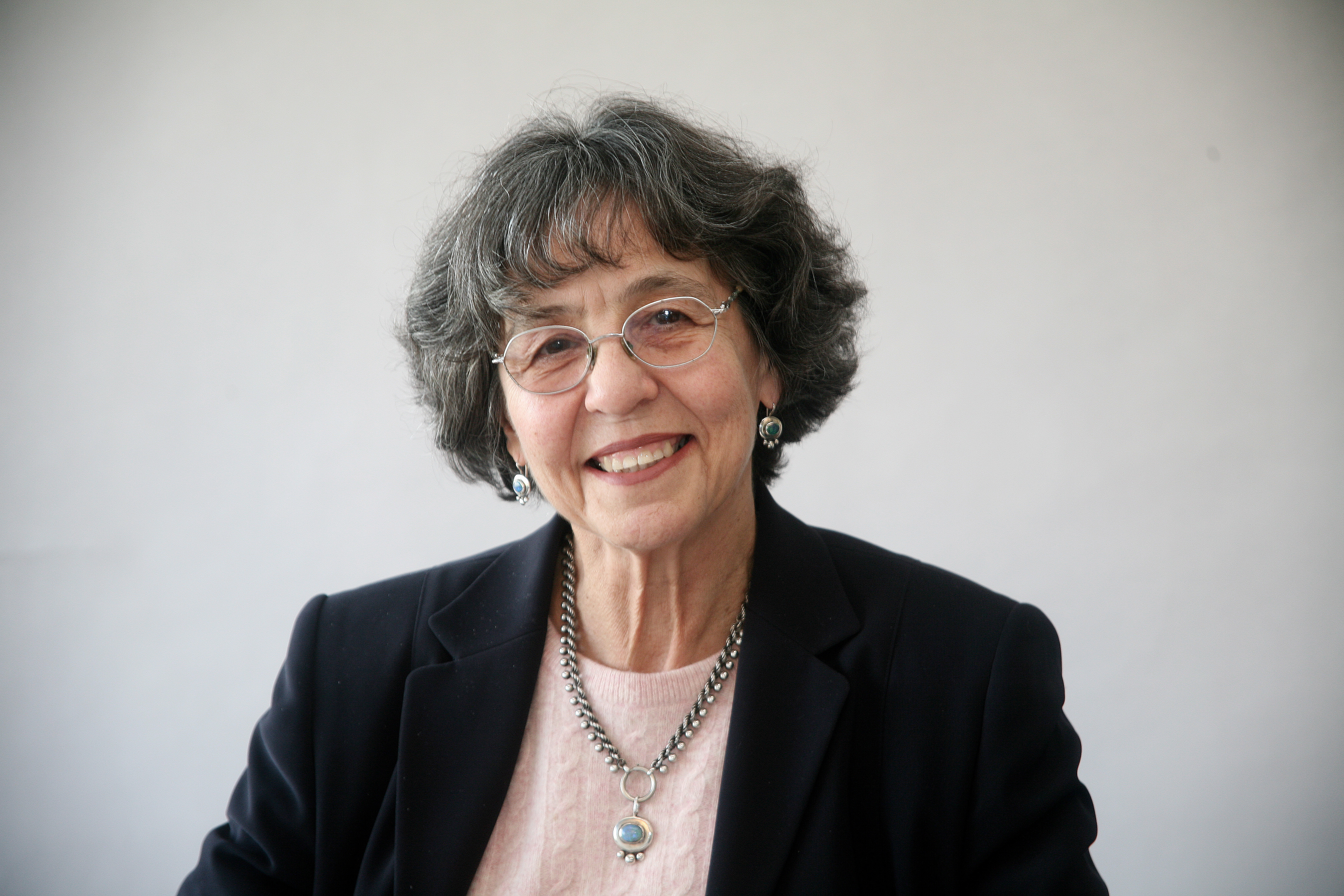 Professor Steyn has been active and productive in research on the epidemiology of risk factors for coronary heart disease for many years at the Medical Research Council Institute in the Western Cape. The research was on the Black, "Coloured", and white communities. She was the first person to publish with colleagues data on hypertension in South Africa from the Demographic and Health Survey 1998.which was published in J Hypertension 2001;19: 1717-1725 which was cited 172 times. She found with her co-workers that the salt intake in black subjects was high and probably responsible for the high prevalence of hypertension in the blacks of South Africa. This led to the legislated restriction of salt in bread which is the stable food in blacks in South Africa.

These awards were established in 2012 to encourage New Investigators and recognise excellence in scientific contribution at the ISH Biennial Scientific Meetings and will be awarded to New Investigators judged from a group of finalists to have given the best oral presentations. 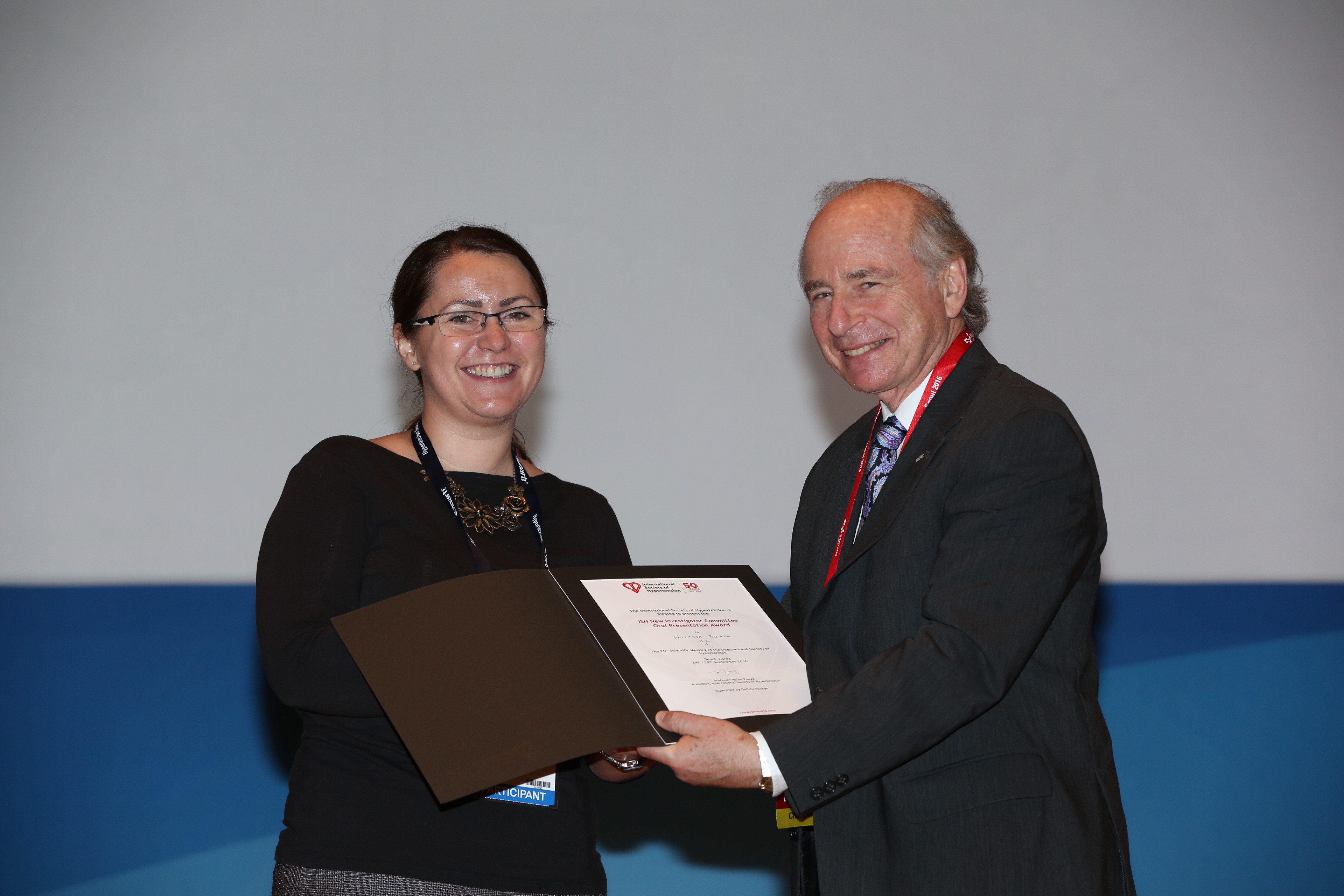 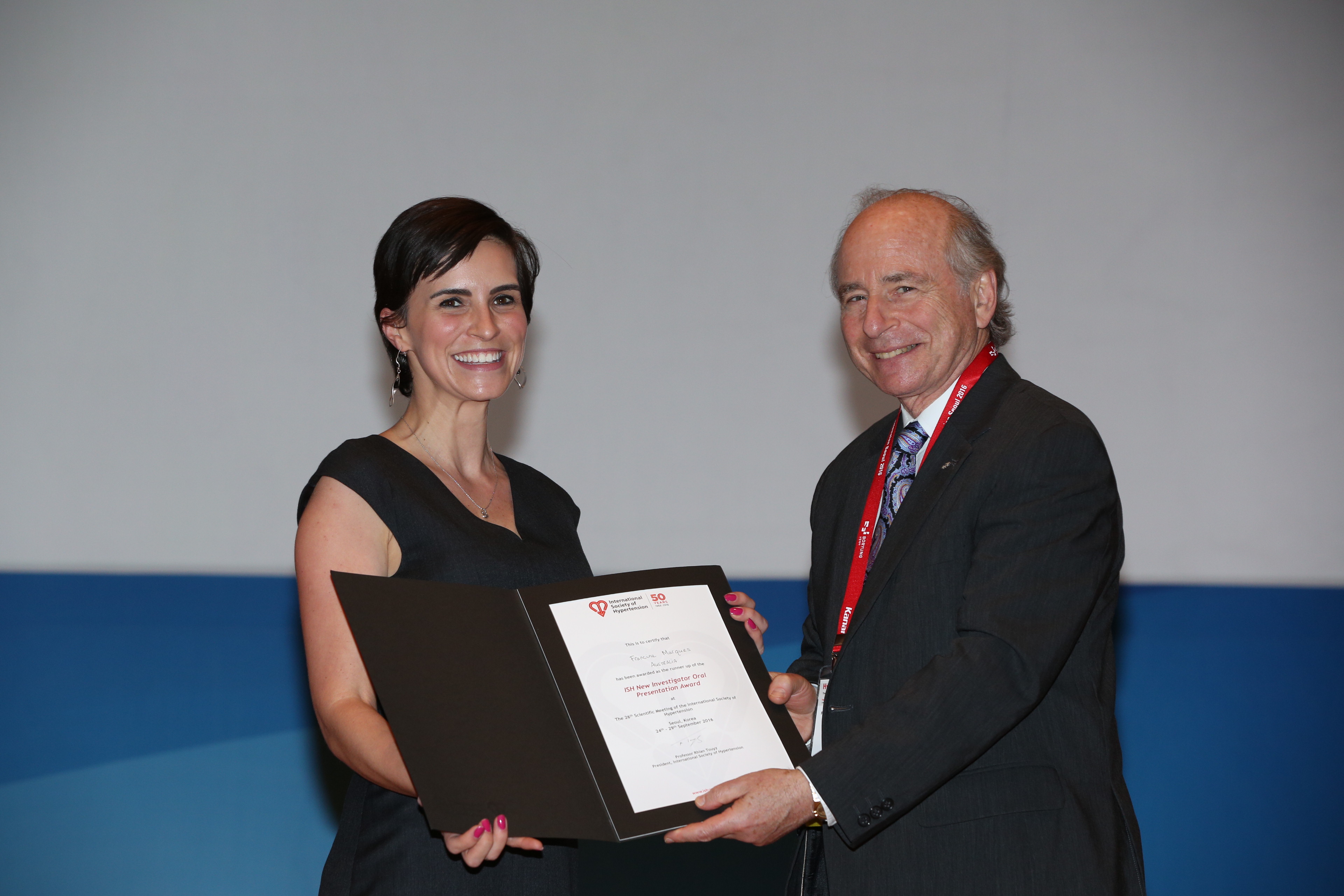 These awards were established in 2012 to encourage New Investigators and recognise excellence in scientific contribution at the ISH Biennial Scientific Meetings and will be awarded to New Investigators judged from a group of finalists to have given the best poster presentations. 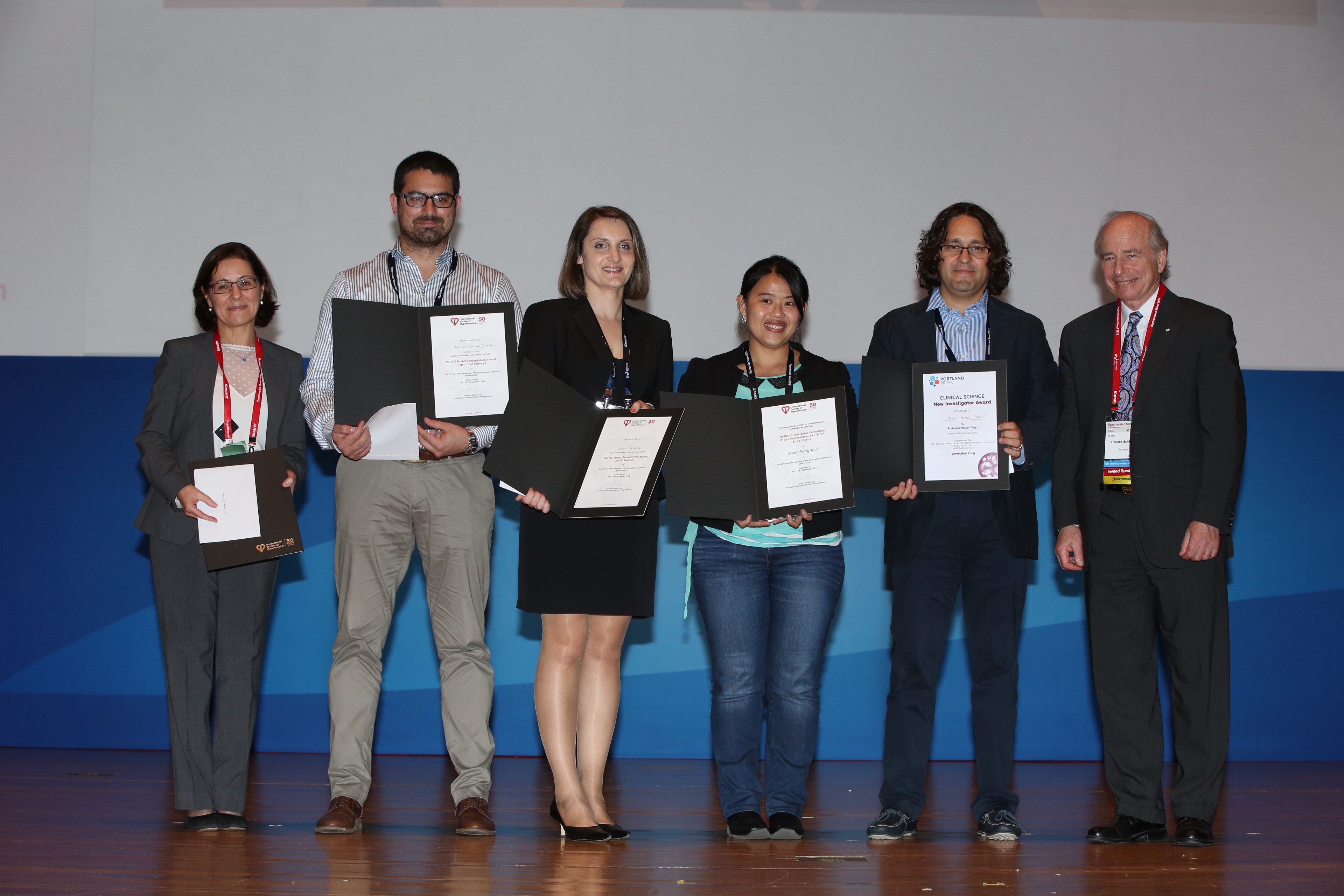