Positions on the ISH Scientific Council will become available at the next Scientific Meeting to be held in Seoul, Korea (24-29 September 2016). The Society is now inviting nominations from members to fill these positions. DEADLINE: 30 June 2016

On behalf of the Council of the International Society of Hypertension (ISH), it is my pleasure to invite you to nominate new members for ISH Council.

The Council of the ISH is important as the key active body to further the aspirations and activities of the ISH. Ideally Council members should reflect the diversity of ISH members in terms of geography and age. In this respect, the contribution of younger members and those from less represented regions is crucial for the future of the ISH.

The ISH is a UK registered Charity and as such, members of Council have responsibilities as Trustees of the Society. This carries specific commitment to the business of the ISH and so nominees need to be able to devote time and energy to serve the needs of the ISH. Nominees also need be aware that as Trustees there exist general responsibilities, as defined according to the Charity Commission of England and Wales. Click here for more information.

Call for Nominations to Council

Positions on the Scientific Council will become available at the next Scientific Meeting to be held in Seoul, Korea (24-29 September 2016 – www.ish2016.org).  The Society is now inviting nominations to fill these positions.

The term of office for ordinary members of the Scientific Council is four years; re-election for a second four year term is possible.

All nominations must be supported by any three Professional Members of the Society and should be accompanied by:

1.     A 1-page document by the nominee (who wishes to stand for a position on the Council) stating their relevant skills and experience.

2.     A paragraph (max. 200 words) from each of the 3 nominating members supporting the application stating why the nominee should be considered for Council.

It is the responsibility of the nominee to ensure that all documents required to support their nomination are submitted by the stated deadline.

Nominations should be received by the Secretariat NO LATER THAN 30 JUNE 2016.

Please address all correspondence to the ISH Secretary. (Email: secretariat@ish-world.com)

We look forward to receiving your nominations for Council by 30 JUNE 2016. 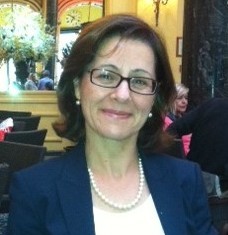 Please note 9.2 / Voting Rights. All members with the exception of Corporate Members* (who may instead nominate representatives who may vote in accordance with regulation 9.2.2 below) and Research Fellows may vote at General Meetings and in elections of the Society.

Nominations are therefore not eligible from Research Fellows.